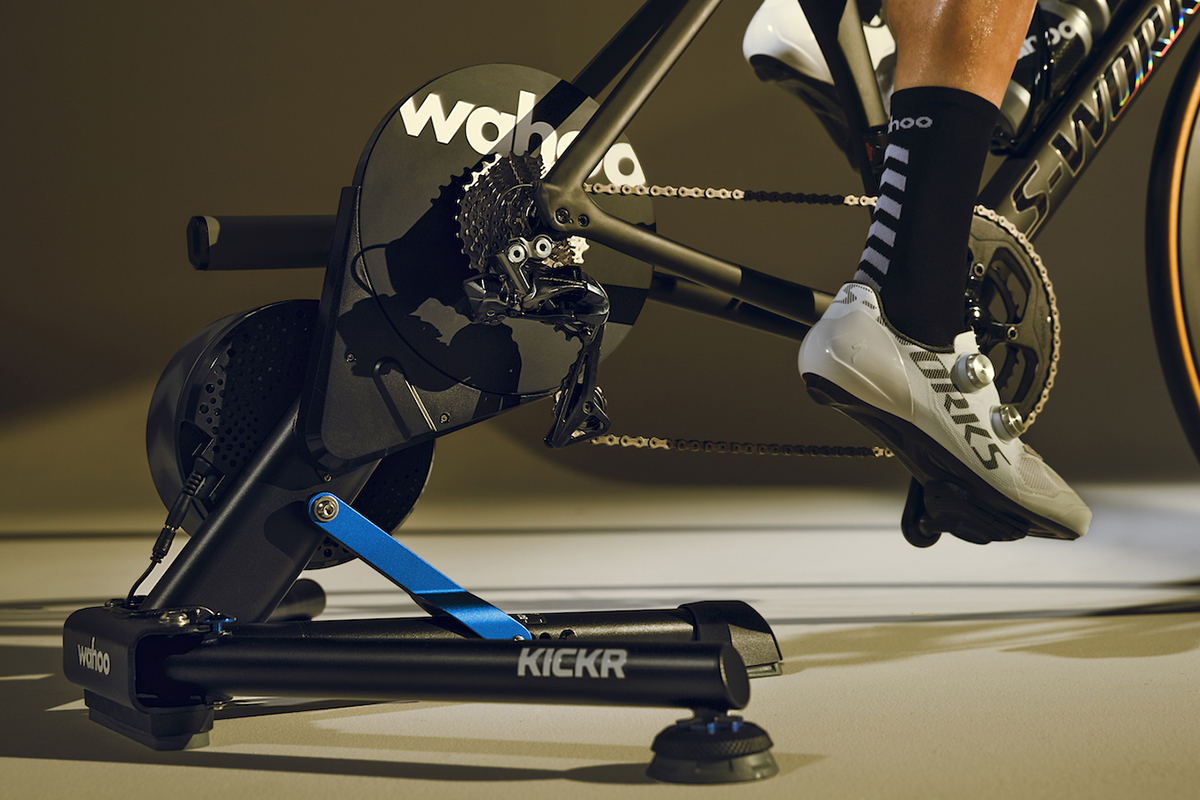 So you're looking for a turbo-trainer to keep your fitness up to scratch over winter? Great, good idea, but the possibilities available for racing, training, or simply meeting with friends online in these restrictive times can make choosing the right trainer a vexing decision.

Winter training on the turbo used to be a simple affair. Shut yourself in the garage with a towel, your iPod and a grim expression, and pedal away. The decision over which trainer to buy was similarly simple as feature counts tended to be pretty minimal but now, with immersive training environments such as Zwift, FulGaz and RGT offering a wide variety of ways to ride and train, choice of trainer depends very much on what you see yourself getting up to over the winter months.

Broadly speaking, turbo-trainers can be divided into two categories, smart and dumb, with smart trainers having the ability to control resistance levels using software, whereas dumb trainers require you to set resistance level manually, either via a mechanically adjusted magnetic resistance unit or simply, in the case of fluid-trainers, by pedalling harder.

And while you can use certain dumb trainers with many virtual-reality software packages, a smart trainer provides a much more seamless experience, with resistance varying automatically according to the parcours of your virtual world. Even if you don't plan on riding up a computer-generated Alpe d'Huez, smart trainers are also great when used for more traditionally designed training sessions, such as interval workouts. If your plan calls for, say, intervals at 260 watts, then that is what the trainer - controlled by your computer, phone or tablet - will demand of you. Slow down your cadence and the trainer responds by increasing the braking load, leaving you no choice but to work harder or quit - brutal, but effective!

On a "traditional" style turbo-trainer your bike's rear wheel presses against a roller which spins a resistance unit, whereas a direct-drive turbo has a freehub permanently fixed to it, on to which is fitted your choice of gear cassette. You remove the rear wheel and mount your bike straight onto this cassette, so that bicycle and trainer become one single unit, offering a number of advantages.

Chief of these is that there is no possibility of slippage occurring between wheel and roller, meaning that much higher resistance loads are possible; the direct-drive Wahoo Kickr, for example, can generate 2200 watts of resistance (enough to simulate a climb of around 20%) whereas the wheel-on Kickr Snap maxes out at around 1500 watts and can simulate a 12% climb. Still not bad to be fair, many other wheel-on trainers can't get close to this.

Power measurement is more accurate with direct-drive too. Using the Wahoo range as an example again, all models have a powermeter built-in but the Kickr is accurate to +/-1% (comparable to the best standalone powermeters) while the Kickr Snap claims accuracy around +/-3%. Variations in tyre pressure with a wheel-on trainer mean that consistency can vary too so the Snap, in common with other similar types, has to be calibrated using a "spin-down" test each time it is used.

Direct-drive also tends to be quieter, because there is no interface between tyre and roller to generate noise and vibration, and while the Kickr Snap is pretty good in this regard, the Kickr is basically no more noisy than your bike.

Other things to consider

It has to be acknowledged that fully loaded direct-drive turbos are more expensive than the wheel-on variety - the Kickr retails at £999.99 whereas the Kickr Snap is £429.99 - but to address this Wahoo also offers the direct-drive Kickr Core which, at £699.99, sits mid-way between the other two models.

It's mid-way in terms of features too; maximum resistance is 1800 watts (equivalent to 16% incline), powermeter accuracy is +/-2%, and its flywheel is lighter than the Kickr's and heavier than the Snap's. The flywheel weight, by the way, has an impact on how "real world" your pedalling feels by simulating the momentum you experience out on the road, ensuring you don't immediately come to a halt if you stop pedalling.

Digging a little further into the Wahoo range, there are a number of other small but significant differences between the three models:

• All feature speed, distance and power metrics but Kickr and Kickr Core also tell you your cadence, which the Snap doesn't

• Kickr Core also requires a spin-down test if conditions change significantly, should there be a large fluctuation in temperature, for example.

• Kickr benefits from the Axis system, which allows a tuneable amount of lateral movement, giving a more realistic feel to your ride

...and also a large number of key features in common:

• Compatibility with third-party powermeters, so you can be consistent both on-the-road and in-the-shed

• All use wireless connection for firmware updates

Another thing all three Wahoo trainers have in common is that, as well as being compatible with Wahoo's own fitness app, they can be used seamlessly with all of the popular third party apps and websites around at the moment. In another blog, we'll be looking at how you get set up on probably the most popular one out there, Zwift, so stay tuned.

And of course, if you have any further questions about Wahoo trainers, or would like information about any of their other fitness products, such as the always-popular Elemnt computers or stunning new Elemnt Rival watch, please feel free to give us a call or drop in. We don't just sell Wahoo gear, we use it ourselves too!

Gearing up for Christmas? Sleigh it with the perfect gift