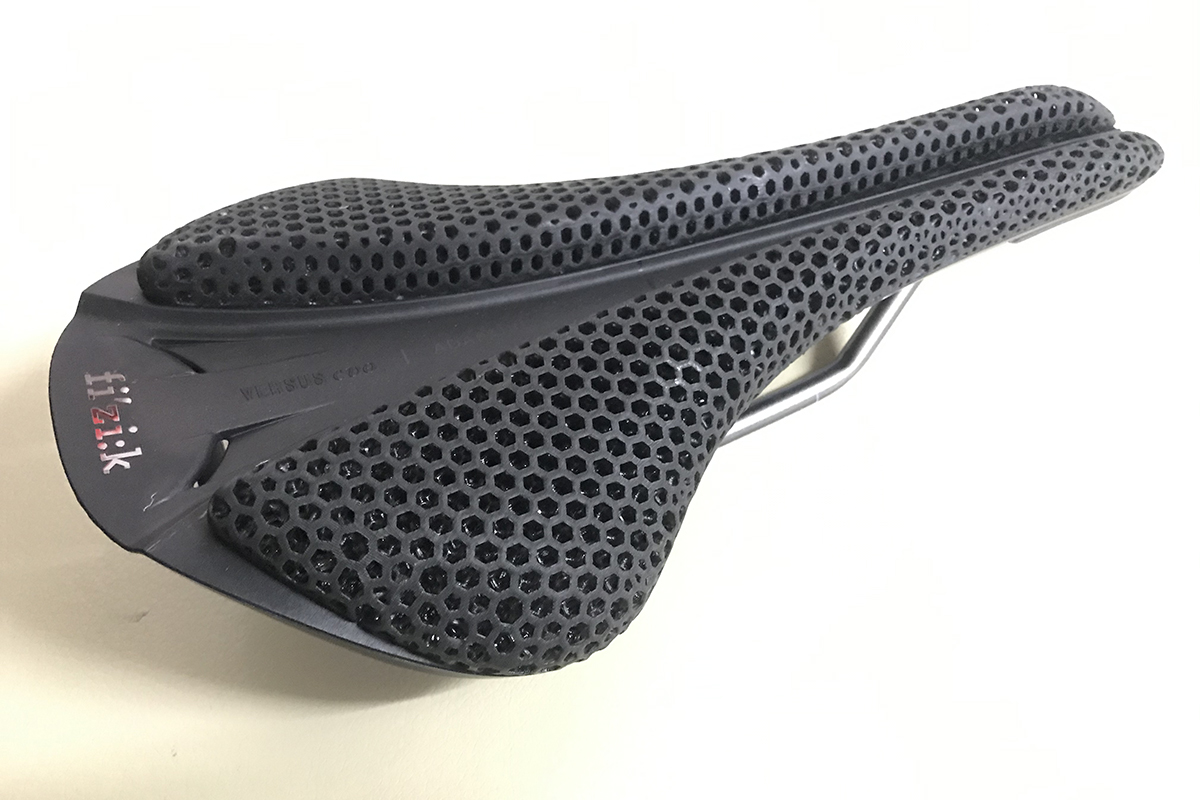 Fizik’s new “Adaptive” range of saddles uses 3D printing to craft the padding, meaning that different areas of the saddle, “functional zones” in Fizik-speak, can be engineered with different cushioning characteristics, seamlessly joined together in a single structure.

An Adaptive version of their popular Antares model is the first to be released, and we’ve just received a drop of this hard-to-come-by product in store.

Three variants are offered. R3 has a carbon reinforced shell with kium rails and is priced at £249.99. Next up is the R1 version that upgrades this spec through the addition of carbon rails, and is priced at £299.99. Topping things off is the Antares Adaptive 00 which features a hi-mod full carbon base and carbon rails, nudging the weight down to a featherlight 147g, and the price up to £369.99. The padding is also self-coloured in its natural duck-egg hue (it’s dyed black in the lower-spec models but is functionally identical) so that the world can see you’re riding the best. And why not eh?

As with the rest of the Fizik range all versions are available in two widths, and we have both available to demo in the R3 spec. Amazing technology, amazing piece of kit. Super-cool too!