Shining a light on lighting 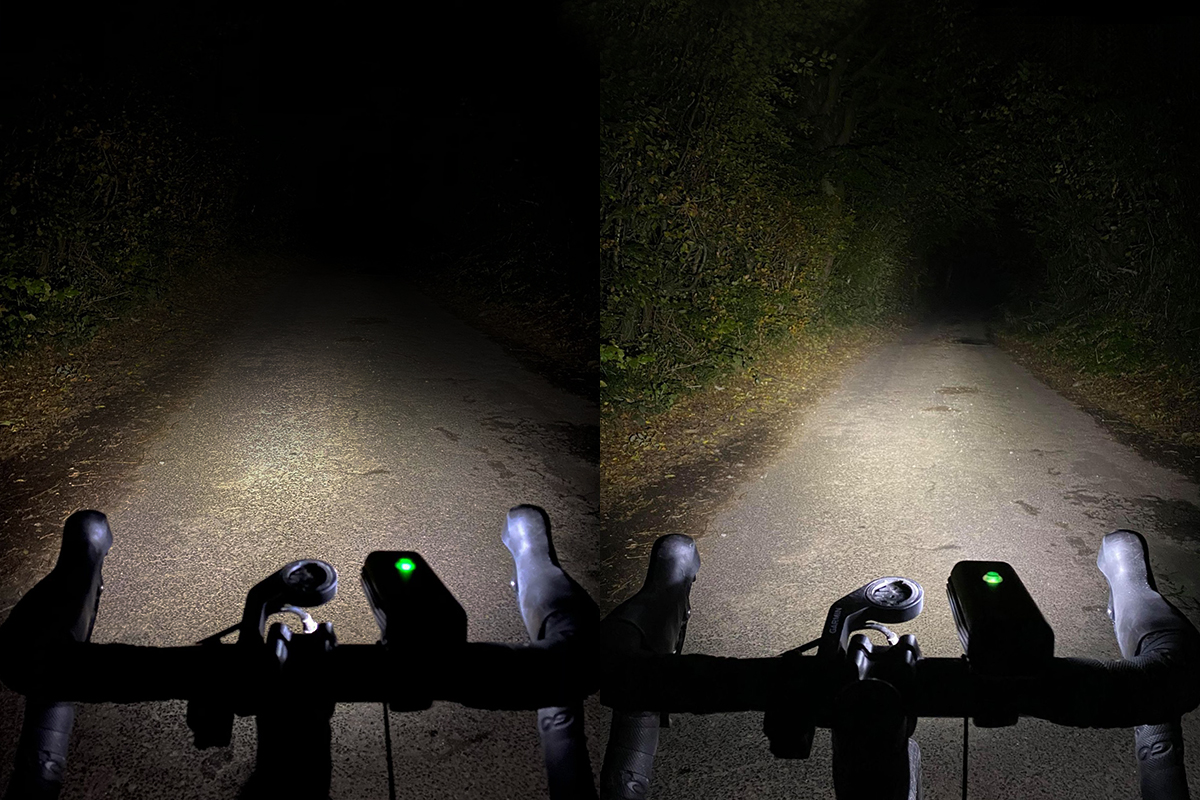 Whether you're commuter, road-dog, or mountain-biker, don't let the change of seasons and the shorter days put a brake on your riding.

With winter drawing near and the nights closing in, it's only natural that thoughts turn to how best to get set up with a decent set of lights to keep you safe when riding after dark. But just how bright do you need to go, how much do you need to spend, and is it possible to have a light that's actually too bright?

The answer to all these questions is, of course, it depends... Where will you ride, how long will you be out, how frequently do you plan to ride after dark, plus myriad other factors all come into play. Frequently, both the questions and the answers will be intertwined, so let's try to break things down a bit.

First up, where will you ride?

Clearly, if riding on well-lit streets at commuting speeds using a hybrid style bike, you don't need as much front light output as someone who's riding a racing bike at speed on unlit roads, or a serious mountain biker tackling technical trails in pitch darkness. For urban riding, the main requirement is to make yourself visible to other road users, and while it may well be that a simple flashing light with an output of around 30-50 lumens will be adequate, there are still arguments for equipping yourself with something that offers a little more oomph. Firstly, who knows whether you might find yourself on the odd occasion riding less well illuminated roads, and secondly, a light of higher power will burn for longer in a low-power, flashing mode. With most lights now using rechargeable batteries, a longer burn-time means less need for constant recharging when using the light regularly, if commuting for example, and obviously less likelihood of being caught out should you not have access to a means of charging.

If riding poorly or unlit roads, go for around 400-500 lumens as a minimum. Speaking personally, I have got away with less than this when riding roads that I know well, but again, a light rated at around 800-1000 lumens gives you the option of running for longer at lower outputs, with the possibility of switching to full power if you find yourself descending fast.

Second question: how long will you ride?

As you'll have gathered from what we've said so far, endurance usually goes hand-in-hand with light output. So while you may only require 500 lumens, the best plan is to find a light rated at twice that, maybe more, and run it on reduced power. Take for example, the Lezyne Macro Drive 1300XL; while this can throw out a retina-burning 1300 lumens, running it at reduced power gives you eight hours* of battery life at 450 lumens, which is still adequate for most purposes. The picture kicking off this blog gives an idea of the difference between full and half-power for this light. A lower powered light such as the Lezyne Micro Drive 600, by contrast, chugs out a similar 400 lumens but for just one hour 40 minutes*.

If you really want to go to town, or if you want extreme power as well as long life, then a separate additional battery pack, such as the Lezyne Infinite Light power pack is worth considering. Paired with Lezyne's Mega Drive 1800, it extends the burn times by approximately 50 per cent, meaning that if you absolutely must run at the insane maximum output of 1800 lumens you can dazzle other road users for around two and a half hours. On a more sensible, but still super bright, 1000 lumens it should light your way for almost four hours. An added bonus is that you can charge your 'phone, GPS, or other electrical device from the power pack too.

This is probably a good time to discuss whether a light can actually be too bright. Legally, the answer is no, there is no set upper limit for how bright your light can be, but common sense (and my personal experience) suggests that shining a super bright light into the eyes of oncoming traffic is likely to get you a full-on dose of high-beams in return. And trust me, when that happens you won't be able to see anything at all. So if you are running real strong lights, at least do everybody a favour by pointing them down towards the road (where they will also actually be useful) rather than into approaching eyes.

You may find that some lights are described as not being road legal, but this is generally not related to brightness as such - there is a minimum legal brightness, but the standard was laid down so long ago that it's largely redundant in the face of modern LED systems - but usually concerns other design aspects such as beam-shape, or whether the light has actually even been submitted for conformity testing at all.

In for the long-run

So let's say then, that the most powerful daily-use lights, road-use approved, lights will give you around five to six hours of riding at a reasonable output. But what if I want to go long? Really long. All-night long. And not just in June.

Obviously, you could  carry additional powerbanks for re-charging, but bear in mind that most lights can't be shining and charging at the same time, so you'll need to either stop and recharge, or carry a spare light as well as spare battery packs. All sounds a bit complicated, doesn't it? Fortunately there is another solution; a dynamo.

Now, we're not talking about the old-style bottle dynamos that rub on the side of your tyre (although these are still obtainable) but one that is an integral part of your front-wheel, built into the hub. While not the cheapest option, if you're after bullet-proof reliability and maximum power output this is the way to go. Power output will vary with your speed, but a good dynamo will achieve its maximum 6 volt / 3 watt output at around 12mph, typically offering around 700 lumens of artificial daylight once this speed is reached. Maximum dynamo output is limited by law, so save your puff if you're hoping that going even faster will light your way any better.

It's also possible to wire in a charging device that will provide output via a usb port, meaning you can charge your other electronic gizmos - phone, gps etc - as you roll through the darkness. Smart circuitry in the charging unit dictates the distribution of power between light and usb, so you don't have to continually plug and un-plug things. You can even get a light - the Sinewave Beacon - that has an integral usb port.

Most dynamo lights will have an output built in to power a rear light, so that takes care of that, plus a function called a "standlight" which maintains a level of output for a few minutes when stationary, at traffic lights for example.

Putting a price on it

As with just about anything in the bicycle world, you can spend about as much or as little as you like, but inevitably you get what you pay for in terms of quality. A good pair of re-charegeable "marker lights" (ie something that enables you to be clearly seen by other road users), such as the Lezyne Zecto Drive, is around £60 for a front and rear pair, while a light to see your way with, like the Lezyne Micro Drive 600XL for example, comes in around £75 when bought with an accompanying Stick Drive rear light. The latter pairing should be good for about an hour's riding on unlit roads, and is probably the minimum output you'd really want for this. But to be a true prince of darkness it's better to have something in reserve, and go for one of Lezyne's big boys, such as the Macro Drive 1300XXL which will burn for 2.5 hours* at full power, or 4 hours* at a still-blinding 800 lumens. Price is around £85 for just the front light.

Dynamo set-ups will be somewhat more expensive, with a good quality dynamo, such as an SP Dynamo SV9, costing around £100-£130, and the creme-de-la-creme SON SL Deluxe weighing in at £250. This then needs to be built into a wheel, so allow about another £100 for that. Decent front lights will be in the range £75-£150, with rears from about £40.

If you want a charging unit for your usb-powered devices, reckon on anything between £120 and £250, with the aforementioned Sinewave Beacon combined light and charger coming in at £380.

So where to start?

Well, as ever we are here to help, and the guys are always happy to share their experience of what works well and what doesn't. Ellie, Tom and Gary commute by bike regularly, even through the gloomiest months, while our bikefitter Matt and mechanic Ash both take-on long distance riding and can advise on what's going to suit you if that's your goal. Swing by and talk to us!